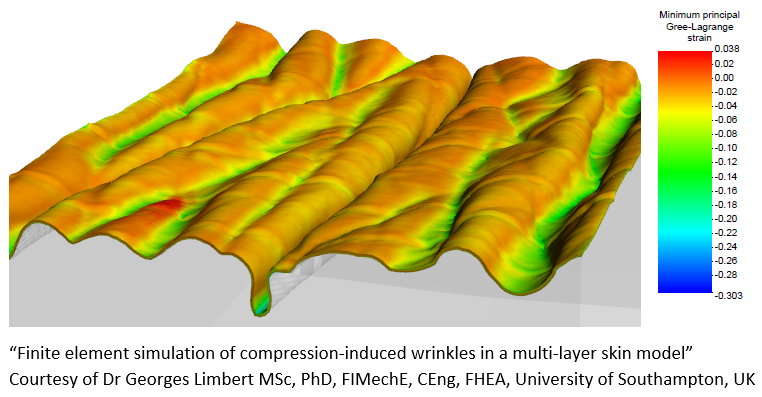 London, UK, 9 September 2018 – Just a short time after Kitware announced the release of the latest version of their ParaView™ software, which adds some great new features to this already very powerful software, PDF3D is pleased to announce the availability of a new version of its PV+ software (v2.16) built on this new ParaView (5.5.2) release.

PV+ v2.16 is currently available in both Windows and Linux 64-bit versions. This latest PV+ release coincides with the PDF3D v2.16 release for summer 2018, bringing the full PDF3D product suite up to date.

According to Kitware ParaView “can be run on supercomputers to analyze datasets of petascale size as well as on laptops for smaller data, and has become an integral tool in many national laboratories, universities and industry”.

PDF3D’s PV+ software adds native integration of PDF3D’s powerful 3D PDF tools with ParaView as well as a number of additional processing tools and the ability to process a range of additional data formats not supported in native ParaView. Rebuilt directly from Kitware’s open source ParaView source code PDF3D’s additional functionality is fully integrated into the original code – it’s not just a plug-in. VSTL CEO Ian Curington commented “Through working closely with our demanding commercial clients, just creating a quick and simple PDF exporting plugin was never going to be enough. Over many years, we’ve taken the extra steps to make sure it’s fully integrated into the ParaView menus systems, captures many of the subtleties of the ParaView scenes, and keeps up with the latest platform changes, maintaining a high-quality reporting pathway.”

The integration of PDF3D’s powerful 3D PDF technology enables users to generate high quality 2D and 3D static and interactive PDF documents directly from the software interface. This new version adds the ability to use MS-Word to create custom layouts with 3D view and legends. When you might have spent months analysing complex datasets PV+ offers a way to be able to easily share results and analysis in powerful and compelling ways, via the ubiquitous PDF file format, with anyone who has Adobe’s feely available Acrobat reader software.

PV+ not only supports 2D and 3D graphical outputs and spreadsheet views, it also supports multiple views on a single page (including the ability to link cameras between views).  Moving through transient time-dependent data, full or partial sequences are captured in the PDF for off-line playback.

And because PV+ is re-built from the ground up all this powerful new functionality is not only accessible from within the standard interfaces and menu systems it can be programmed and scripted just like other native ParaView functions.

PV+ is built on VSTL’s visualisation expertise and long experience of working with and supporting researchers within a broad range of commercial and academic fields. As well as offering the PV+ software VSTL can offer custom development, working with client’s domain experts, to support specialist technical requirements.

For several examples of PV+ in practice, see: https://www.pdf3d.com/engineering-analysis-cae-simulation/

PDF3D ( www.pdf3d.com ) based in the United Kingdom, produce a suite of widely respected software products and plugins for engineers, scientists and developers who need to communicate complex data and 3D models to others in the universally accessible PDF format.  PDF3D’s technology provides the fastest and easiest-to-use, highly compressed 3D PDF conversion available for an ever-increasing range of formats and tools.  From 3D CAD to GIS, DWG and LIDAR, PDF3D works closely with users and programmers within the engineering, geospatial, geology, aerospace, architecture, medical and product packaging communities worldwide.