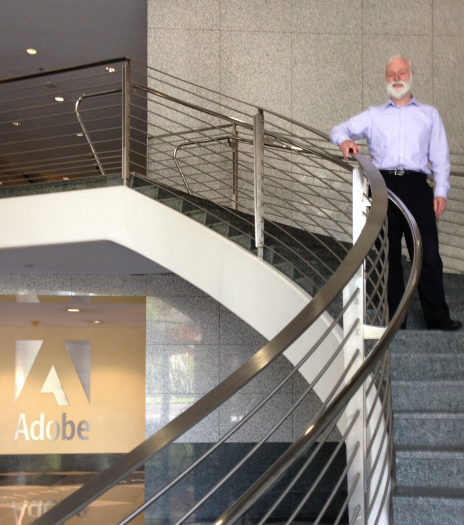 There’s definitely a buzz about being in the heart of Silicon Valley. Not only is San Jose framed by the stunning backdrop of Californian mountains, beaches, giant redwoods and San Francisco’s Golden Gate Bridge, this tech metropolis is bursting with so many big names in the technology arena, it reads like the Hollywood A-list. From the first transistor to mobile cloud services, even the streets are named after tech visionaries.

As UK representative for 3D PDF standards, I was stationed at Adobe’s head office alongside 30 others from around the world for the week. We were there to develop and agree the international ISO standards of PDF – with respect to the major new PDF standards.

Adobe HQ is an impressive building. The meeting days were long, with very few breaks, but the surroundings were inspiring. We had a lot to cover so survived on pizza deliveries for dinner, typical of the focused tech environment in the modernist, energy-efficient towers that make up the Adobe HQ complex. In contrast, Adobe were very gracious hosts inviting us to sample their great cafeteria with resident sushi chef.

Whilst I can’t divulge what was discussed behind those doors at this stage, we achieved a great deal throughout the week. It was good to speak to some other developers involved in PDF from Australia, Japan, South Africa, Europe, Canada and the US – and to share some of PDF3D’s 3D PDF news too.

Just for fun and in homage, here I am stood (right) in (almost) the same spot on the staircase as Shantanu Narayen (left), Adobe’s CEO, at the Adobe HQ. Whilst PDF3D certainly isn’t quite at Adobe scale yet, I’d like to think we’re on our way.