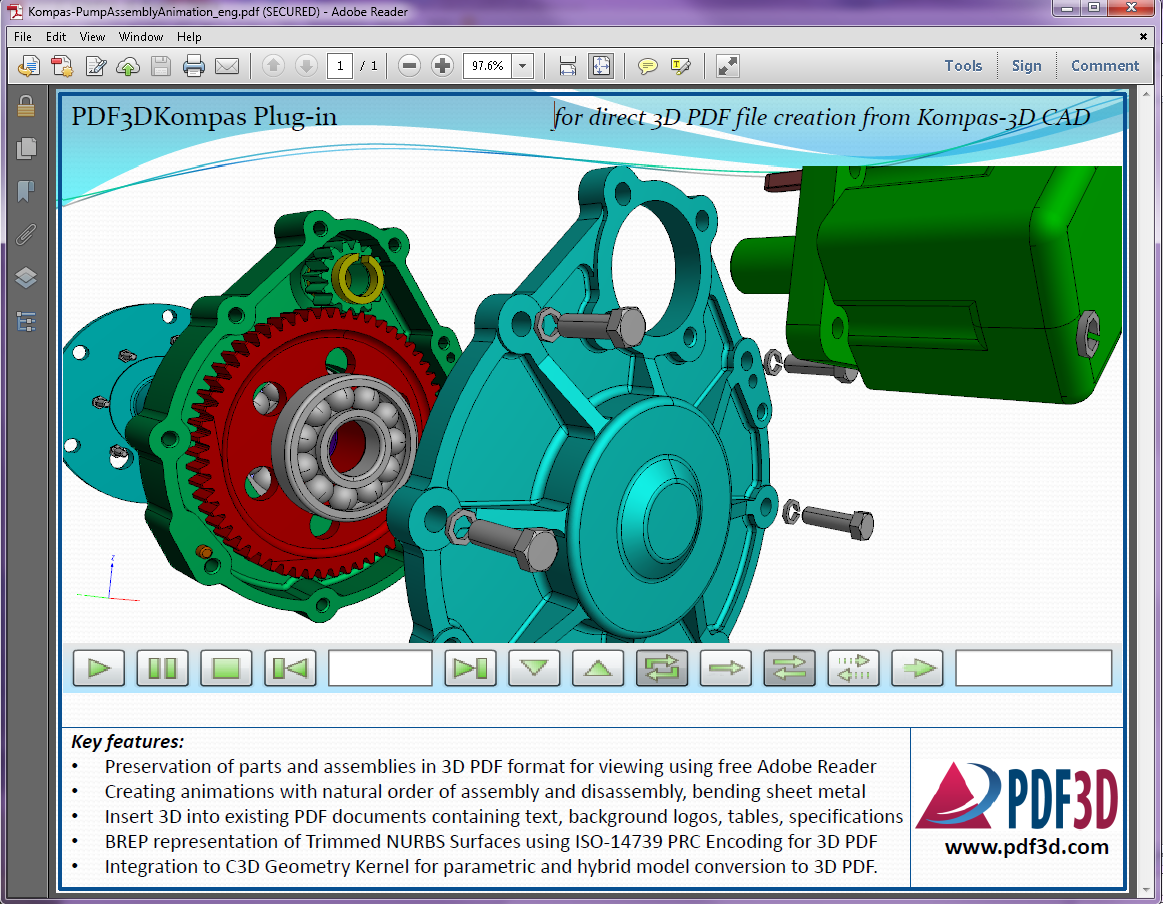 London, UK, July 9th, 2013 – KOMPAS-3D is the popular CAD tool from ASCON which has been gaining ground amongst engineers, manufacturers, mathematicians and academics over recent years.

The 3D modeling technology is amongst the most comprehensive of its kind, allowing multiple configurations from a single source model. However, up until now, the models have not been easily converted into a widely accessible format for others, who don’t own the software, to view.

With the launch of PDF3D’s new plug-in, KOMPAS-3D V13, CAD models can now be quickly converted into an interactive 3D PDFs for easier sharing and collaboration between designers and customers.

The plug-in enables any user to rotate, resize and move parts and assemblies within the 3D PDF file when viewing the model, just as they would appear in KOMPAS-3D. The PDF models can also be integrated into manuals, assembly instructions, marketing materials and presentations, with building sequences and rich animations.

“PDF is a globally accessible format that most people now have on their computer. Turning these technical drawings from KOMPAS-3D into interactive files that anyone can view from multiple angles, will make a big difference to how designers communicate their models and data to others,” explained Ian Curington, Head of Development at PDF 3D.

“In many cases, the traditional approach has been to export the assembly or part KOMPAS-3D to some intermediate format first, and further generate maintenance documents in the 3D PDF format. The advanced approach now available in the PDF3D plug-in eliminates the use of intermediate files resulting in superior visual quality and a vastly improved user experience for a whole new community of CAD engineers”.