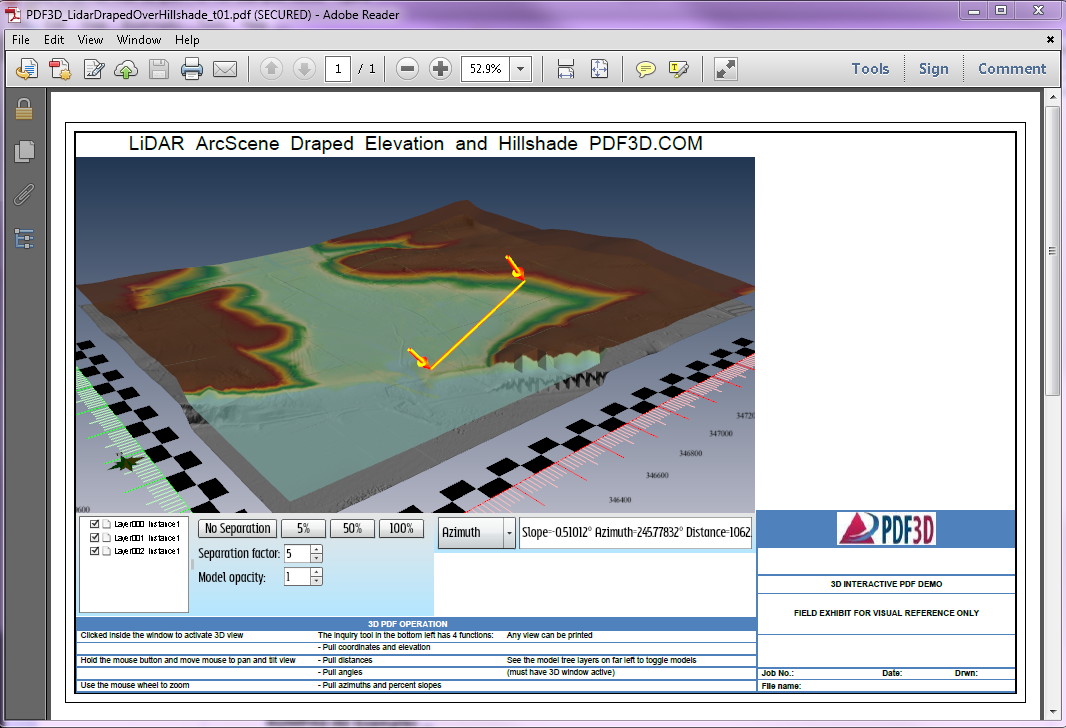 London, UK, December 20, 2013 – Since LASzip won the innovation award at the 2012 Geospatial World Forum for its ability to compress bulky LiDAR data into perfectly preserved small files, the developers at Visual Technology Services have been quick to offer their support with the latest 2.9.0 release of PDF3D ReportGen.

LASzip has become the de-facto standard for LiDAR compression amongst engineers, analysts and scientists in the earth science, oil & gas, and geospatial communities.

With the new features added to PDF3D’s ReportGen 2.9.0, the benefits of compression are enhanced even further allowing users to quickly convert their compressed LASzip files into interactive 3D PDF documents in just a few clicks. Coupled with the new point cloud simplification and thinning operations, PDF size can be specified independently from LAZ size.

“2.9.0 is our easiest to use version of PDF3D ReportGen yet. Engineers can now convert LiDAR point clouds, from either the standard LAS format or the compressed LASzip files, directly into PDF. This simple facility enables anyone working with LiDAR data to share their information, in 3D, with pretty much everyone worldwide as the models can be viewed instantly with the free Adobe Reader that exists on most computers,” explained Ian Curington of PDF3D.

This latest development is part of a continuing investment by Visual Technology Services to help end users, engineers and developers communicate large, complex data in formats everyone can access and appreciate.

To find out more about the new features in PDF3D ReportGen V2.9.0, visit www.pdf3d.com for videos, trials and downloads.