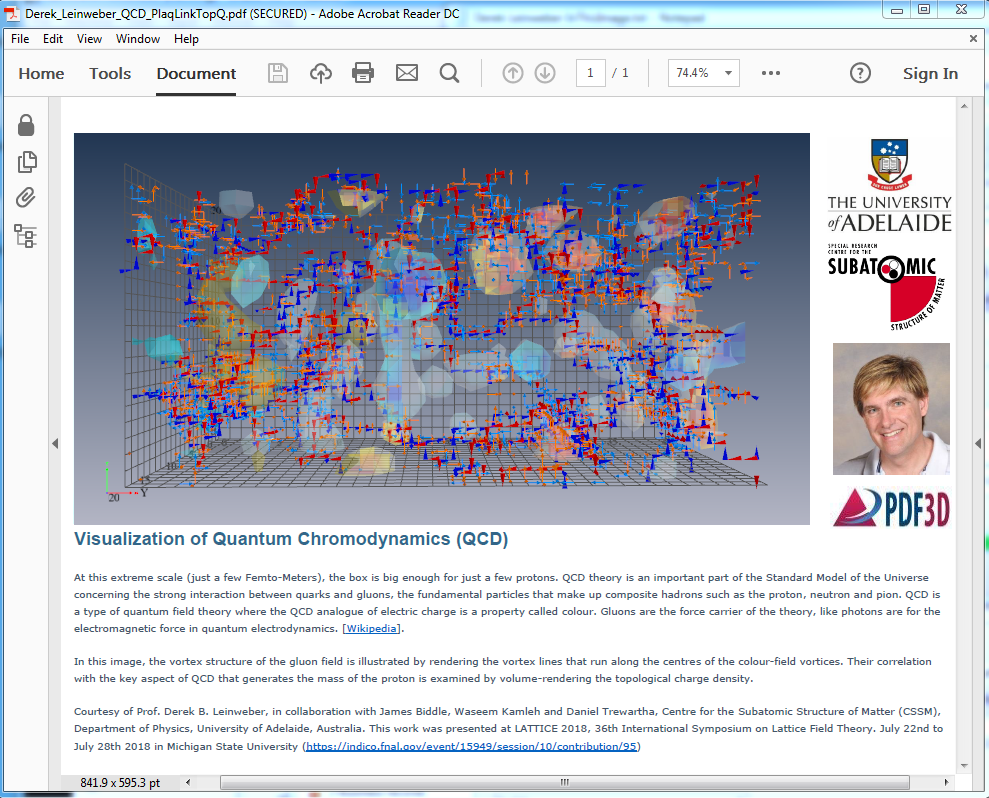 Professor Derek Leinweber spends his days working at the extreme scale of just a few femtometers (fm), in a space large enough for just a few protons. A leading particle physicist, Derek is investigating Quantum Chromodynamics (QCD), the theory of the strong interaction between quarks and gluons, the fundamental particles that make up composite hadrons such as the proton, neutron and pion. QCD is a type of quantum field theory called a non-abelian gauge theory, with symmetry group SU(3). The QCD analogue of electric charge is a property called colour. Gluons are the force carrier of the theory, like photons are for the electromagnetic force in quantum electrodynamics. The theory is an important part of the Standard Model of particle physics. A large body of experimental evidence for QCD has been gathered over the years.

Once an experimental theory of QCD is described, complex numerical simulations are performed to evaluate the field theory behaviour. The resulting large data sets are interpreted using scientific visualization tools such as AVS/Express or ParaView. The 3D field is interpreted by using level-set iso-surfaces and tensor arrow glyph representations to better gain an understanding of the data.

Then as a final stage, once a good visual representation is created, it is published to PDF using LaTeX or PDF3D ReportGen which transforms the 3D visualization into an interactive PDF poster or scientific publication with an embedded 3D illustration using template layouts created with the PDF3D with WORD plugin.

PDF3D also produce an enhanced version of ParaView, known as PDF3D PV+, that natively adds not only PDF3D’s powerful 3D PDF capabilities but also extends the already powerful ParaView with a range of other processing tools and additional format capabilities.

It’s not every day we get to glimpse what may be going on at the smallest scales of our universe. It’s always fascinating for us to see how the PDF3D suite of tools can be applied to such a wide range of subjects, and to work with domain experts like Professor Leinweber.

To explore this 3D PDF visualization in more detail, check out the QCD 3D-PDF samples on our sample gallery pages.

Sample and background are courtesy of Prof. Derek B. Leinweber, Centre for the Subatomic Structure of Matter (CSSM) and Department of Physics, University of Adelaide, Australia. 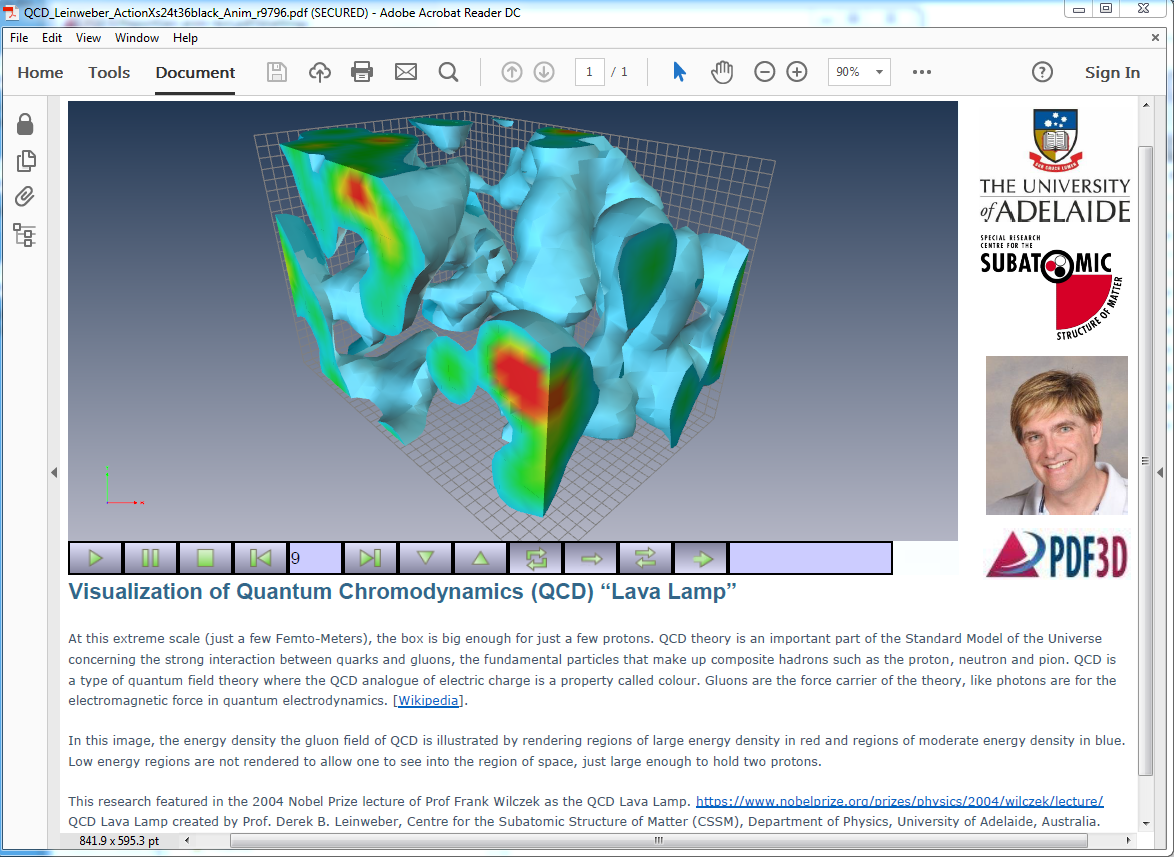